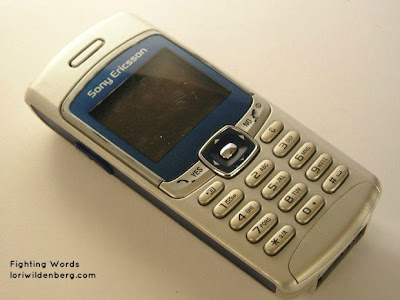 “You need to settle down.”

I overheard a man (maybe a husband) say that to (I presume) his wife. I was going for a run and passed this poor soul while he was talking on his cell phone. As I cut through a parking lot, I heard him deliver his statement.

I wanted to stop, pull him aside, and give him a little advice: “Avoid the pairs of words, NEED TO and SETTLE DOWN.” They were a double whammy to the recipient on the other end of the call.

I didn’t. I chose to mind my own business. But I’m guessing the conversation escalated.

There are some high powered words that pack a one two punch, words to keep out of my vocabulary …and yours (unless you are looking to climb into the ring) I have listed below:

Need to
Should have
Ought to
Why didn’t
Told you

Settle down
Just relax
Chill out
Grow up

These pairs don’t look too good in the parent-child or in the husband and wife  relationship. The first set is the, “You were wrong. I was right.” These words are  said after the person who made the mistake or bad decision already knows this.

The other grouping basically says, “You are so emotional and immature.”

Both  messages are condescending and unhelpful. These words generate strong emotions when spoken. The issue then becomes the angry or hurt feelings attached to the words rather than whatever the problem actually is.

Instead, stick to seeking a solution. With kids, rather than saying anything in section one (no matter how tempting) say, “How will you handle this differently next time?” In the case of the spouse, quiet is called for.

When another person becomes highly volatile instead of telling them to take it down a notch say, “I can see you are upset. How can I help?”

I want respect and love to reign in my home. So I must speak with love and respect and then I can expect the same in return.

Show proper respect to everyone.
1 Peter 2:17