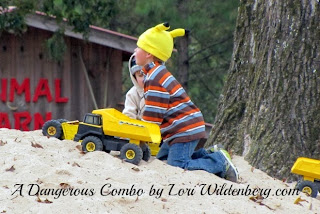 Have you noticed how some of our Christmas tree decorations are markers of times in our lives? So maybe it was the putting away of Christmas ornaments (specifically the apple ornament with the words, “World’s Greatest Teacher” -Of course I love that one!)  caused this memory to resurface in my mind.

Prior to having four kids, I taught elementary school.

“Who has sharing today?” First graders are great; full of imagination, energy, enthusiasm, innocence, and love.

A number of hands shot up in the air. I jotted down the names of the children attached to the raised arms.  While surveying the class to make certain I did not miss anyone, I noticed Randy.
“Randy, did you want to share today?”
“Ya, but I have my sharing in my locker.”
“That’s okay, you can go out into the hall and get it.”
Randy left the classroom to retrieve the item he was planning on sharing. Empty handed, he quietly came back into room and slipped into his chair.
Puzzled, I called him over to my desk.
“Did you accidentally leave your sharing at home?’’ I gently asked, knowing he was upset.
“No, I brought it this morning and it’s not there.”
“Go back and look through your backpack again.” He complied and walked slowly toward the door.
My heart hurt for him, so I added,  “If you forgot, that’s just fine you can share next week.”
When he reentered the room, I could see he still didn’t have the item he was planning on presenting. He approached my desk and reiterated that he definitely brought his truck to school for show and tell. I quizzed him on its description.
“It’s this big,” He spread his hands about 12 inches apart. “It’s red with three missiles on the top. The missiles even shoot.”
Poor guy.It must have been an expensive toy and now someone has taken it. His face was downcast.  My resolve was clear.
“Randy, I’ll look into this.  Don’t worry. I also want you to look for your truck when you get home, just in case it’s there.”
“Could it have ended up in another locker by mistake?”  After school, I checked all of my students’ lockers. No red truck.
The next day I asked him if he had found his truck.
“Nope.” He was so distraught he couldn’t even make eye contact with me. That afternoon I broadened my search.  I asked permission to quickly look through the rest of the school lockers but to no avail. I spoke with the principal about my frustration regarding the missing truck. He was equally moved. He said he would make an announcement over the P.A. system. The principal was careful to use the public address system strictly for school related business. I was so grateful he was willing to help out my first grader.
He was true to his word and made the announcement regarding the missing red truck with missiles on the top the following school day. When Friday rolled around, I called Randy’s parents to let them know their son’s expensive truck was still missing. I conveyed my apology and frustration over not being able to be of more help in locating the special truck.  I only heard silence on the other end of the phone. I thought Randy’s mom was really angry about the disappearing truck.
Finally she said, “ He doesn’t have a truck like that.”
Confused, I re-described the toy.
“Nope, he does not have a truck like that.” (Now looking back from a mom point of view, I think she had also caught the embarrassment virus!)
I morphed from confusion to embarrassment to FULL-ON dread. I was totally taken in by a 6-year-old’s imagination, innocent face, and story.
RATS…I needed to fess up to my principal.
Armed with doughnuts, an explanation, and an apology, I entered my principal’s office. He was quiet for a few minutes, thinking back over his missing truck announcement  projected over the entire school’s PA system.
I held my breath for his response.
He shook his head and began to laugh!
After this little experience, I learned that teachers and parents can’t always believe everything a child says. My sister, also a teacher, with humor makes a deal with the parents of her students.”I won’t be believe everything your child says about you. If you don’t believe everything your child says about me.”
So, of you hear some crazy stuff from your child, remember he has an imagination and a sin nature (quite the dangerous combo) so always check things out before jumping to a conclusion.
With faith, hope, and love,
Lori
Have you ever been taken in by one of your kids?
In everything set them an example by doing what is good.
Titus 2: 7a