My twenty-seven-year-old daughter has been mistaken for a man. She has short jet black hair and sometimes sports a shaved head. She wears guy’s clothes. Her gestures and the way she carries herself convey a masculine message.

(I asked my daughter for permission to write about this. She not only consented but influenced a few thoughts in this piece.)

When she hears, “Excuse me, sir”  she shrugs it off. I, on the other hand, feel like I’ve just taken a sucker punch to the gut.

Some camps celebrate and call the trans-gendered person a hero.

Other groups turn their noses up in disgust and call him or her an IT or a freak.

We (as a society)  have missed the mark in how to respond to a troubled soul.

Since I have a young adult who struggles with gender identification issues, here are some questions I have pondered:

Why are we so intolerant of the effeminate male and the masculine female?

Isn’t there room for a man with a gentle soul (Bruce Jenner claims to have the soul of a woman)?

Can’t we make space for a powerful woman?

Can’t a man operate out of his feelings?

Isn’t it okay if a woman is a thinker rather than a feeler?

Why is there such a narrow stereotype of what constitutes a man or a woman? We have created a very small box for the two genders.

Clarification: I am not talking about the current philosophy of the gender spectrum. Men are men if they are XY and women are women if they are XX. Chromosomes determine sex not behaviors or preferences. I am also not addressing jobs or roles…only personality and interests.

I don’t have any answers but I do know how to respond to the person who finds him or her self outside the box– with love and with compassion.

Here are a few things I have learned:

1. We affirm how God created that person (male or female) For instance: “God created you to be a gentle man. Being gentle is a strength.”

2. We don’t enter into his or her illusion of being another sex by calling him or her by different name or referring to him or her as the opposite sex (Genesis 1:27).

3. We pray for his or her relationship with the Lord.

My daughter suggested I google Sy Rogers. Sy wrestled with his gender identity since he was a young boy. As an adult, he decided a sex change would solve his problems. In order for the sex reassignment surgery to occur, Sy needed to live as a woman for two years. At the 18 month mark, The Lord got a hold of him and he was reborn as a child of God. Sy put a stop to the procedure, embraced his masculinity, and pursued God.

The fanfare surrounding Bruce will fade away. But his pain will not. Whatever led him to this place has not been addressed. Surgery, implants, and hormones are all Band-Aids to a complex physiological problem.

Johns Hopkins used to be the go-to place for sex reassignment surgeries. Many years of research have shown that the surgery doesn’t fix the struggler’s core issues. The doctors at Johns Hopkins contend the issues are internal not external. Mental not physical. Johns Hopkins no longer participates in gender transitioning.

Depending on your point of view, we are all born with or develop  preferences and orientations.

There are reasons for our struggles. But…here’s the thing–we  need to be reborn anyway.

Those of us who do not wrestle with the heartache of gender confusion have a choice. We can either help bring someone to God or push him further away from the Lord.

Kindness and compassion are the answer. Prayer is the action.

So rather than condemning or celebrating Bruce and Chaz, let’s pray for them. Pray for the healing only God can bring to such a devastating struggle. Pray the Lord draws each one to Himself.

And while you are on your knees, pray for my daughter, too. 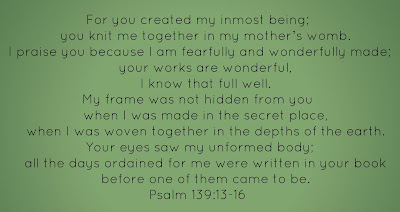 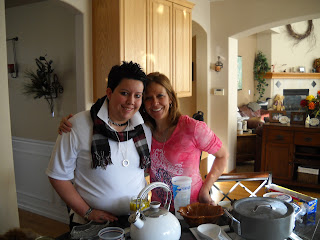 with faith, hope, and love,
Lori