How do we talk with our kids about the Supreme Court’s decision on marriage? 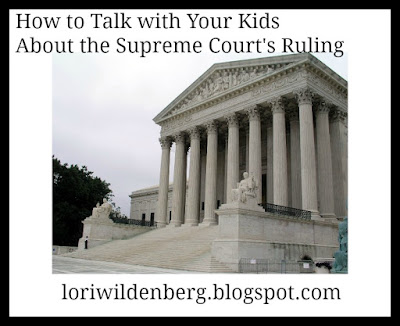 She is rejoicing over the same-sex marriage decision. Following Pride Week she proclaimed the decision was, “The cherry on top.”

I love my child.  I understand her reaction. I respect her right to believe differently than me.

She loves me. She understands my response. She respects my right to believe differently than her.

I am not shocked by this ruling.

The cultural battle rages on both sides.

Debate rather than dialogue fills the air space and the social media arena.

Cheers and jeers on one side.

Tears and fears on another.

Venom freely flowing from both positions.

When my kids were little there were many times I wanted to cocoon them from the world. I’ll bet many of you feel that way today. Perhaps battle fatigue has set in.

It’s time to break out of the isolation insulation. Now is a perfect time to train your kids to think for themselves and seek God and His Word during these ever-changing times. Now is the perfect time to help your children learn to avoid the use of sarcasm to express a point of view and instead develop the skill of speaking with gentleness and respect when opposing views are being discussed. To understand people-pleasing and God pleasing are often not congruent.

We want our kids to move past the temptation to grab onto sound bytes and sweeping generalizations. To learn how to dig into an issue and critically study it, in order to fully understand it so an educated and informed opinion can be formed rather than one that is emotion driven.

Last night I had the chance to talk with a twenty-two-year-old woman. She had just received her undergraduate degree. I asked her, “What do you think about the Supreme Court’s ruling?”

“To be honest, I haven’t paid that much attention. It doesn’t really affect me but I’m all for equality.”

I listened. She spoke.

Due to the setting we did not have opportunity to unpack her comments any further.

But we can have important and intentional conversations in our homes with our children.

This current event creates an opportunity for discussion. Here are some scripture references you can use over the summer with your kids. These will help your children (tweens to young adults)  make sense of the federal ruling.

1. Our country is a melting pot of religions, cultures, races, backgrounds, and beliefs. Some of our laws do not necessarily reflect Biblical principles. We can’t expect non-believers to think, believe, or act a particular way (2 Corinthians 4:4). We can’t even expect all who know God will act according to His will (Genesis 3). This type of struggle  has been going on since the beginning of time. Ask: Can you think of any laws that don’t match up with what you believe? What do you think about that?How do you feel about that?

2. Read 1 Samuel 8:6-9. God did not want his people to have a king yet He allowed it. Ask your child, Why did the people want a king? Why didn’t  God want them to have a king? What was God’s warning? Why would God say this?

5. Read Mark 10:2-9, Genesis 2, Malachi 2:16. God did not want divorce. Yet He allowed it. Ask your child, Why? What else has God allowed that is outside his commands? What is our response to people who have gone through or been touched by divorce?

6. Read  Daniel 1, Daniel 6, Acts 5. Talk about how believers are to individually respond when a law or an authority figure’s declaration does not match God’s Word.

7. Read Proverbs 6:16-19. What things does God hate? What can we do differently so we can please God?

8. Jesus said God’s greatest command is to love God. And the second is to love others (Matthew 22: 36-40). Why did Jesus say it in that order? What do you think he meant when he said to love God with our heart, soul, and mind? How can we show we love God and love people?

Here are some conversation starters to use with your young adults.

1. How have your friends responded to this ruling?
2. What do you think about the ruling? Could you tell me more about that?
3. Do you know anyone who considers him or herself gay?
4. How do you respond to that person? How could you respond to him or her?
5. Has there ever been a time you have had to go against the fray? How did you feel about that?
6. How could you pray about this?
7. How can you seek God’s guidance regarding this?
8. How can you draw another to Jesus?

Listen more than talk. Avoid the temptation to have a monologue or an argument. Create a safe atmosphere for honest sharing. Respectfully hear to your child’s comments. Help your child develop critical thinking skills. Teach him or her to ask the questions Why and How. Show your child how to love by showing grace and speaking truth. Discuss ways that pull people to Jesus rather than push them away,

Do a study with your young person of David (found in 1 Samuel, 2 Samuel)  and a study of Daniel.

Even David, a man after God’s own heart, was an adulterer, murderer, and polygamist. Did God condone his behavior?  Did God love David? Was David convicted his behavior was not in line with the Lord? Were there natural consequences David suffered due to his actions?

Daniel was faithful even when  he was a captive in another country.  Why didn’t Daniel want to eat the kings food? How did Daniel avoid eating the king’s food? What type of relationship did Daniel and the king have? How did Daniel respond to the king’s declaration about prayer? How was Daniel protected?

The culture, the laws, experience, emotion, and personal relationships do not dictate faith. Just ask Daniel.

So…how do we talk about the Supreme Court’s decision with our children?

With more listening.
With wisdom.
With gentleness and respect.
With God’s Word.
With prayer.

God is not surprised by this new ruling. And…Jesus is still king.

Praise be to the name of God for ever and ever;
wisdom and power are his.
He changes times and seasons;
he deposes kings and raises up others.
He gives wisdom to the wise
and knowledge to the discerning.
Daniel 2:20-21 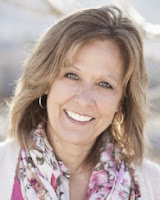 with faith hope, and love,
Lori Wildenberg
Wife to Tom, mom of four, co-author of three parenting books, co-founder of 1 Corinthians 13 Parenting , licensed parent-family educator . Contact Lori to have her speak at your next event.

Click here to get your copy of Raising Little Kids with Big Love.