Overcome Storage Wars in Your Heart

Friends, I have a treat for you. My friend (and radio show host) Jenny Dean Schmidt is guest blogging today. You can catch her show in Denver on 94.7 FM KRKS (ChannelMom) on Saturday or.. you can head over to her website and listen to the podcast from  previously aired shows. (I have had the pleasure of being one of her guests.)
With faith, hope, and love,
Lori 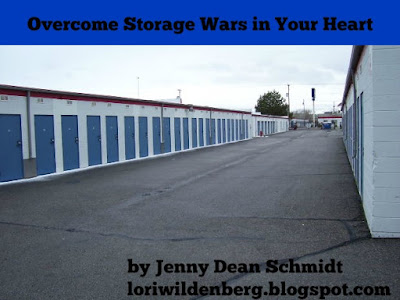 Have you ever watched the TV show, Storage Wars?  If you haven’t, this sound bite from the show says it all:  “This is why I buy storage lockers. It’s every man for himself.  Let the best man win.”
The war over storage lockers doesn’t exactly encourage peace and love.

The term “storage wars” was born when people could no longer afford to pay rental fees on their storage lockers, so the stuff inside those lockers had to be auctioned off and those auctions got nasty.

There are hundreds of thousands of people throwing their stuff into storage because they have too much stuff to fit into their own homes.

Recently, as I was driving by one of these storage facilities, I thought, “We’ve got TOO MUCH stuff, but NOT ENOUGH time for each other.”
We’re so encumbered by our stuff that making money to buy the stuff and then manage the stuff, clean the stuff, organize the stuff, insure the stuff and store the stuff — the stuff steals our time.

I was talking to a sweet, young mom this week and she told me, through tears, she felt like she had no time in her life to slow down and dedicate herself to what really matters.

We now have so many things that we have to put those things in storage… and, at the same time, we don’t have room for the people that matter in our lives.  We don’t have room in our schedule to have lunch with a military wife whose husband is overseas.  Or, we don’t have enough time to sit with an elderly neighbor whose family has stopped visiting.  Or, maybe worse, we can’t find a moment to sit down and read a book to our daughter.  Or, we don’t have time to talk to our teenage son about the issues in his life.

Hmmm…
But, we do have enough time to buy, organize, insure and store our stuff.  Did you know research shows the kids “most likely to succeed” have parents who spend time with them… not parents who buy them whatever stuff they want?
Kids are more successful when their parents simply give them time.

So, today, I challenge all of us to commit ourselves to acquiring one less thing this week; instead, let’s use the time we would have spent on that thing to dedicate to a person who needs us… like our child.

Scripture reminds us, “For where your treasure is, there your heart will be also” (Luke 12:34).

What if our treasure is stuck in a dark storage facility?  What does that imply about our hearts?

What item of stuff will you forfeit this week and who will you spend time with instead?

For where your treasure is, there your heart will be also.
Luke 12:34 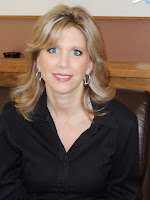 Jenny Dean Schmidt is a wife and mom and Executive Director ChannelMom Media and Outreach, a nonprofit whose mission is to “love, coach and encourage moms by providing media that uplifts moms and families and outreach partnerships that serve moms and families in order to share the love of God.”  ChannelMom provides a radio show on Denver’s KRKS FM, a national podcast and webTV on channelmom.com.  Jenny had an extensive career in TV news, where she was an Emmy Award-winning reporter, producer and writer. She worked for ABC News, FNN, The MacNeil/Lehrer Newshour, as well as NBC, ABC, CBS and WB affiliates in major U.S. cities.  ChannelMom exists to help moms understand the importance of their role, despite a popular culture which often overlooks the value of motherhood and family. 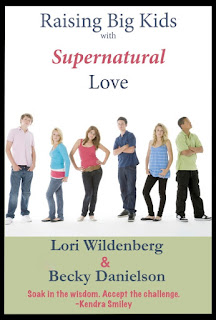 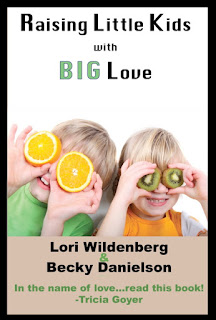