When God Doesn’t Fix Your Problem 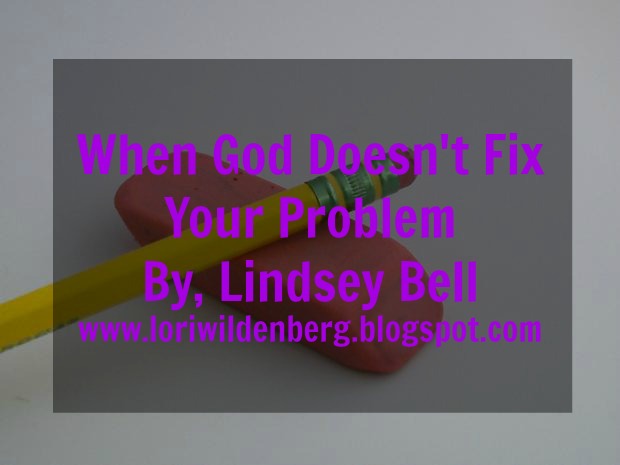 Friends,
Meet my MOMs Together and Mom Initiative colleague, Lindsey Bell. Lindsey knows what it is like to have a struggle and to feel as if God isn’t fixing it. Have you felt that way? I know I have. Lindsey’s post is hope-filled and encouraging especially for those times you need to come out swinging instead of surrendering. YOU will love her words–especially if you feel beaten down in your circumstances. At the end of this article Lindsey is doing a big give-away in celebration of her book, Unbeaten, being released! Check it out. ~Lori
When God Doesn’t Fix Your Problem
By Lindsey Bell
What if God doesn’t fix your problem?
Of course, I hope He does. I hope He heals your body, provides a spouse, grants you the child you long for, provides a job, or whatever it is you want Him to do. But what if He doesn’t? What if, for whatever reason, God chooses not to heal your body?
It’s one thing to trust God when He answers your prayers; it’s a whole different story to trust Him when He says no or doesn’t say a thing at all. Will you remain faithful even if your greatest fears come to pass?
This is the question Shadrach, Meshach, and Abednego each had to answer.
If God didn’t save them, would they still follow Him?
Shadrach, Meshach, and Abednego were taken captive by King Nebuchadnezzar. Their story is recorded in Daniel 3. King Nebuchadnezzar ordered the citizens of his kingdom to bow down to a golden image he had created. Anyone who refused would be thrown into a fiery furnace.
Most of the people living in Nebuchadnezzar’s kingdom obeyed. They didn’t want to face the rage of a man who was known for being hasty with his sword. Three men, however, refused to bow their faces to the ground in front of an idol. Shadrach, Meshach, and Abednego believed God could save them from the hands of Nebuchadnezzar and from the fire.
These men standing up to the king who held their lives in his hands is amazing in itself. Even more amazing, though, is that these men realized God might not save them — and were okay with that! Even if God does not save us, they said to the king, we will not serve your gods (Daniel 3:18).
Impressive faith, huh? Because of this bold proclamation, I expected God to save the men. If I had been He, I certainly would have. With a speech like that, these men deserved to avoid the heat. Apparently, though, God didn’t see it that way.
God didn’t prevent their fire, but saved through it instead. Isaiah 43:2 says…
“When you pass through the waters, I will be with you; and when you pass through the rivers, they will not sweep over you. When you walk through the fire, you will not be burned; the flames will not set you ablaze.”
Nebuchadnezzar ordered the fire heated seven times hotter than usual. Then he had the three men bound and thrown in. The furnace was so hot it killed the soldiers. Shadrach, Meshach, and Abednego, in contrast, weren’t harmed at all. The flames did not singe their hair, and the text says they didn’t even smell like smoke.
When Nebuchadnezzar saw the men walking around in the fire that killed his soldiers, he jumped to his feet and said, “Look! I see four men walking around in the fire, unbound and unharmed, and the fourth looks like a son of the gods.” (Daniel 3:25)
God didn’t prevent Shadrach, Meshach, and Abednego from being thrown into the fire. What He did instead was join them in it.
That might be what He does for us too. He might not prevent the fire, but He will join us in it.
He’ll walk with us on the hot coals and make sure not one hair on our heads gets singed. He’ll make sure when we leave the fire, there’s not even a smoke smell lingering on our clothes.

This post contains an excerpt from Unbeaten: How Biblical Heroes Rose Above Their Pain (and you can too) by Lindsey Bell (CrossRiver Media). Used by permission.
This post is part of Lindsey’s blog tour to celebrate her new Bible study and devotional, Unbeaten: How Biblical Heroes Rose Above Their Pain (and you can too).
To celebrate her book, she’s giving away a HUGE bundle of books! Leave a comment on this post to be entered to win. You can get more entries by commenting on other blogs in the tour as well. Get a full list of participating blogs here.
About Unbeaten:
Why does life have to be so hard?
Difficult times often leave Christians searching the Bible for answers to the most difficult questions — Does God hear me when I pray? Why isn’t He doing anything? Does He even care?
In Unbeaten, author Lindsey Bell shares the stories of biblical figures who went through tough times. Through this 10-week Bible study and devotional, she reminds readers that while life brings trials, faith brings victory. And when we rely on God for the strength to get us through, we can emerge Unbeaten. 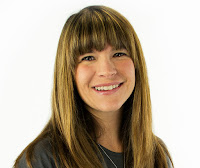 About Lindsey Bell:
Lindsey Bell is the author of Unbeaten: How Biblical Heroes Rose Above Their Pain (and you can too). She’s also the author of the parenting devotional, Searching for Sanity. She’s a stay-at-home mother of two silly boys, a minister’s wife, an avid reader, and a lover of all things chocolate. Lindsey writes weekly at www.lindseymbell.com about faith, family, and learning to love the life she’s been given.