The Surprising Ingredient Required for Your Child’s Success 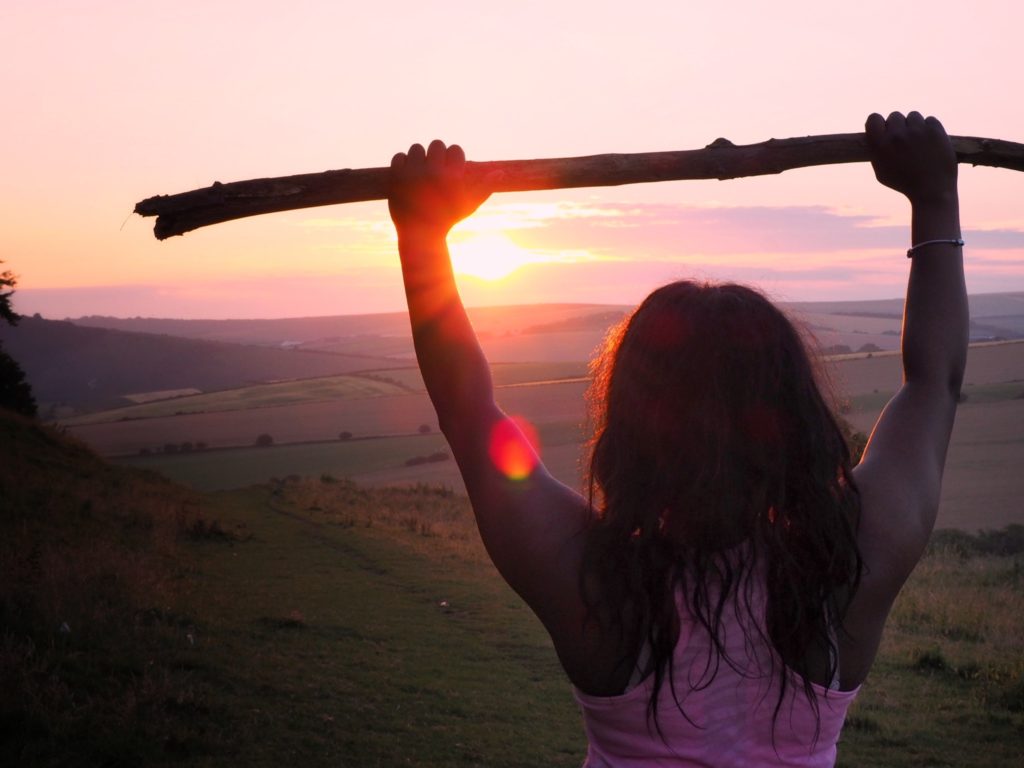 Friends,
Meet my good friend and licensed professional counselor, Lucille Zimmerman. She will help us protective moms and dads understand why struggle is a critical component  to our kids development. Enjoy!
~Lori

Grit…
The Surprising Ingredient Required for Your Child’s Success

The world breaks everyone, and afterward, some are strong at the broken places.
—Ernest Hemingway

Angela Duckworth, along with Martin Seligman, began to study high achievers across many disciplines, including composers, athletes, investment bankers, and inventors. They found that high achievers were not just talented; they were tenacious, hardworking, passionate, and stubborn in the face of obstacles. The combination of these qualities is grit.

I think the best way to describe grit is by starting with Joseph Campbell and his classic analysis of the hero’s journey. Campbell explains how the journey always begins when the hero leaves home and all that is familiar and predictable. After that, Campbell writes, “Dragons have now to be slain and surprising barriers passed—again, again, and again. Meanwhile, there will be a multitude of preliminary victories, unretainable ecstasies and momentary glimpses of the wonderful land.” (Campbell, 2014) It is grit that makes our heroes face down their dragons and persist in the face of difficulty, setbacks, failure, and fear. Our heroes will fail miserably, but instead of giving up, they try again. Intelligence and creativity are great, but you can’t quit when the going gets tough, if you ever really want to accomplish anything big.

Grit is not self-discipline, perseverance, conscientiousness, ambition, passion, or optimism. Grit is not a personality trait as much as it is a facet of a person’s character that is developed like any other skill. Babies are not born with grit any more than they are born with the ability to speak their mother’s native language. Humans develop grit by encountering difficulty and learning to cope with it. Grit is defined by researchers as “perseverance and passion for long-term goals.” Grit gives us the strength to cope with a bad day, week, or season, as well as trauma or crisis.

Since no life is free from challenges or difficulties, we all have plenty of opportunities to develop grit. Out of our setbacks and failures grow the roots of success and happiness. Grandmaster chess players, great athletes, scientific geniuses, and celebrated artists learn, in part, by losing, making mistakes, and failing. Consider this quote from Michael Jordan, who, incidentally, was cut from his high school basketball team: “I’ve missed more than 9,000 shots in my career. I’ve lost almost 300 games. Twenty-six times I’ve been trusted to take the game winning shot and missed. I’ve failed over and over and over again in my life. And that is why I succeed.”

It turns out that grit predicts performance better than IQ or innate talent.

Recent psychological research has found that grit is one of the best predictors of elite performance, whether in the classroom or in the workforce. Grit makes us productive and successful because it allows us to reach our long-term goals, despite life’s inevitable setbacks. This ability to overcome challenges makes us stronger and more masterful at our tasks. And it’s this ability to cope with difficulty—or to be resilient after tragedy—that paves the way for our long-term happiness.

Grit is one of the key reasons we see such differing levels of achievement between people of the same intelligence and talent levels. In a qualitative study of the development of world-class pianists, neurologists, swimmers, chess players, mathematicians, and sculptors “only a few of [the 120 talented individuals in the sample] were regarded as prodigies by teachers, parents, or experts.” In every studied field, the general qualities possessed by high achievers included a strong interest in the particular field, a desire to reach “a high level of attainment” in that field, and a “willingness to put in great amounts of time and effort.” Similarly, in her study of prodigies who later made significant contributions to their field, one researcher concluded, “Creators must be able to persist in the face of difficulty and overcome the many obstacles in the way of creative discovery. Drive and energy in childhood are more predictive of success, if not creativity, than is IQ or some other more domain-specific ability.” In every field, grit may be as essential as talent to high accomplishment.

Passion is a core component of grit.

Angela Duckworth says, “Success requires a whole lot of practice, which can often be unpleasurable.” Yet the consistent and deliberate practice of elite performers is nearly always fueled by innate interest in what they’re doing. Research convincingly shows that when we perceive a child as being innately talented or gifted or as showing great promise for something, what we really perceive is interest, not talent. A four-year- old who pretends to play the violin with a stick and demonstrates an unusual interest in classical music does, indeed, show promise as a violinist. She does not, however, show talent yet. Her interest in the music at such an early age may stimulate a lot of things that lead her to virtuosity, like early music instruction and parents who encourage her to practice deliberately and consistently. But early interest is not the same as early achievement. Achievement takes both effort and skill, neither of which the four-year- old has had enough time to develop.

Bottom line: The practice and effort that leads to success and happiness over the long run is fueled by intrinsic desire, not hard-driving parents or social expectations.

Passion is one more thing, in addition to rigorous practice and strategic resting, that elite performers have in common. All that passion comes in especially handy when we consider another important ingredient to success: failure. Most greats don’t just pile up one achievement after the next.

Failure is a key part of growth and, eventually, elite performance.

J.K. Rowling’s first Harry Potter book was rejected by twelve publishers (and before she even wrote the book she suffered a stream of devastating personal failures). Abraham Lincoln suffered a series of lost elections (along with some notable successes) before he went on to become one of our greatest presidents. Failure—and adversity in general—is life’s great teacher.

Because grit is a combination of persistence and passion, adversity plays a significant role in helping us develop both of those qualities.

Interestingly, a vast body of scientific research shows that the stress we experience as a result of adversity and how we respond to that stress tends to predict how much we will benefit from it. The people who report the most growth following hardship are not the people who are entirely stress-resistant in the face of adversity. Instead, the people who grow the most are the ones who are a little “shaken up,” and even exhibit a degree of posttraumatic stress.

So if we don’t feel some stress in the face of a difficult situation, odds are we won’t grow from it. 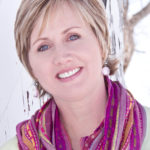 Lucille Zimmerman has a passion to help hurting people. She is a Licensed Professional Counselor with a private practice in Littleton, CO. She taught psychology and counseling courses at Colorado Christian University and is the author of Renewed: Finding Your Inner Happy in an Overwhelmed World and Finding the Upside of Down: How Tragedy Can Lead to Remarkable and Dramatic Breakthroughs.She has spent the last dozen years studying self-care, vulnerability, emotional intimacy, Posttraumatic Stress Disorder(PTSD) and posttraumatic growth. She loves helping people find their identity, set healthy boundaries, and heal past hurts. Lucille and her husband John have two grown children. She is on a mission to find what’s good about each day whether it be the gurgle of a coffee pot, sunlight on a snowy field, or the smell of lilacs. Her favorite word is cozy, and her favorite place is anywhere she can put her feet on her husband’s lap and talk about the day. Learn more at www.LucilleZimmerman.com 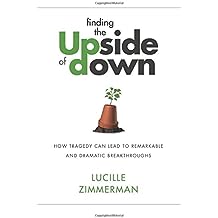 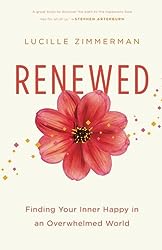