Help! My Child is Telling Lies. 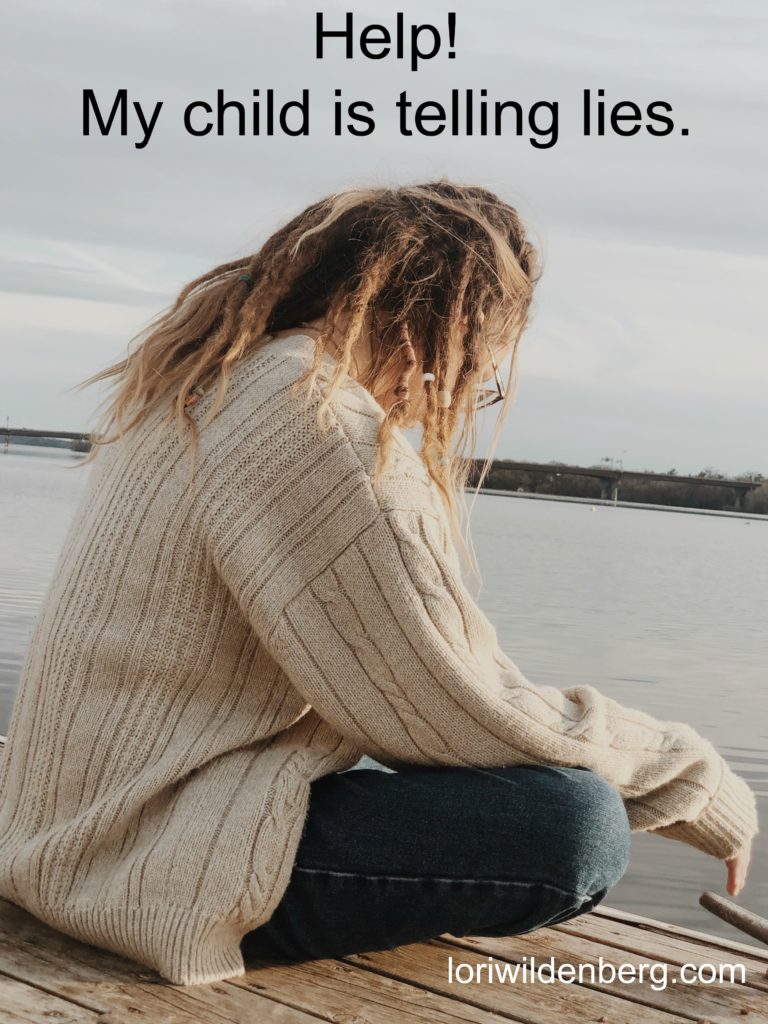 A real mom’s dilemma. Help! My child is telling lies.

I received an email from a concerned mom. Her son has been telling her lies. Below is her email and following that is my reply  about how to best deal with the situation and then how to build the trait of honesty in her child..

“My son (6 years old) has been telling lies. His lie was to get out of trouble – blaming something on his brother that he himself had done. I knew the truth and asked him to tell me the truth. He refused so I said we would discuss it in the morning. He did finally admit to the truth and I told him how much I appreciated his finally being honest with me. I am looking for ideas on what a natural consequence for that lie should be.”

We must deal with three  short term things first:  the “thing” he lied about, the target of his lie (his brother), the recipient of the lie (the mom).

1. What was the trouble? Implement a natural consequence for the actual incident (like: break it fix it).

2. He has some relationship mending to do with his brother, the target.

3. Next his job is to build back trust with you the recipient of the lie.

There are short term and long term training goals:

This mom did a lot of things right. She let her son know she valued honesty by not just sweeping his denial under the carpet. She gave him time to wrestle with his conscience when she said, “We will discuss it in the morning.” She didn’t get dragged into a war of wills (kids have staying power) and angry words (we always regret it when we get caught in the tangle of big mad).

She kept her cool.

She stayed in control.

Hard to do but not impossible. Way to go, Mama!

When we know our child has lied we can say, “I know the truth and it is important for you to speak it.” Then…wait. (Avoid shaming and name calling, “You are a big fat liar.”) By saying we know the truth, the gig is up.

The parent’s part in the training:

Follow through with the 3 steps above. Know the child has a propensity to lie. So… do a lot of talking about  and modeling of trustworthiness. Demonstrate it: Go back to the store when the cashier forgot to ring up an item. Speak it:  “It is not convenient for me to back to the store, but my honesty is worth more than my comfort.”

Say things like, “Brave people tell the truth.” “People who are trustworthy are able to have more privileges.”

When your child does tell a lie, keep the lines of communication open with humility and empathy. The child’s defenses will come down and he will feel more comfortable confessing.

“I know it is hard to tell the truth sometimes. I remember when I was….. and I told a lie about…. Then this is what happened…. It would have been better to come clean right form the start. That’s what a responsible person does. So let’s start over. Tell me what happened.”

If telling lies an on-going issue, punishment would be the final step. Put it on the child, “What do you think is a good punishment for not telling the truth?” Younger kids typically give themselves harsher consequences than the parent would.

The main idea is to encourage honesty.

What do you do to encourage honesty?