4 Painless Ways to Get Your Child to Listen 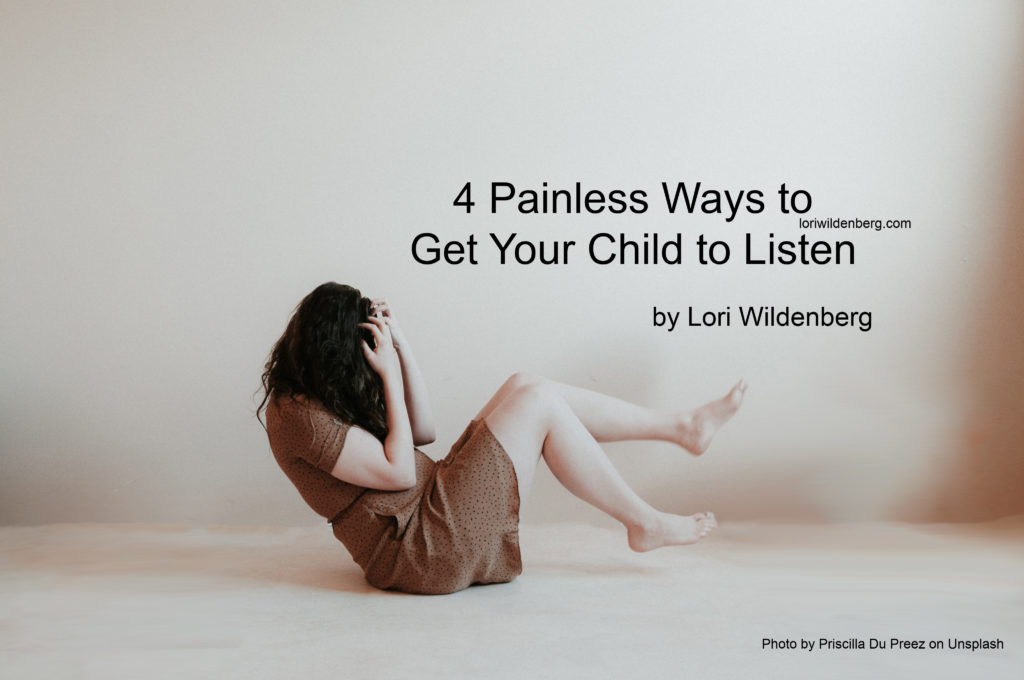 Walking through the toy section of a department store, I (Lori) noticed a mom with her around three-year-old son. He was dutifully walking right next to her as she was pushing the shopping cart.

“Ahhh, he is doing so well,” I thought to myself. He was not whining or even attempting to escape.

His mom broke the peaceful mood and saying, “Don’t even think about climbing on those shelves.”

I squeezed my eyes shut and grimaced. I knew what was coming next. (I’m guessing you do too.) Yes, just like a little monkey, he made his way to the top in no time flat; leaving his mom clamoring after him, frustrated and ready to erupt.

How can I get my child to listen?

This is the all-time most frequently asked question in my parenting classes or coaching sessions.

Let’s begin by reframing the question.

Usually a lack of cooperation results because the parent states the expected behavior in the wrong fashion.

Think back to the example of the mom and her boy. When she said, “Don’t even think about climbing on the shelves.” What did you picture in your mind’s eye? If you’re like most of us you pictured that little rascal scrambling up the shelves like a jungle gym.

Knowing this, what do you think a preschooler may envision?

Youngsters are not mentally sophisticated. They act on what they visualize. Kids don’t picture the “Don’t” they see the action, “Climb on the shelves.”

So what is a parent to do? Simply, don’t say don’t.

Generally speaking most children want to please their parents. Rarely do they deliberately set out to make Mom or Dad angry. (Of course there are a few little stinkers that can’t help themselves, just because getting bigger people to exhibit big emotion feels pretty powerful and exciting.)

So here is how to get your child to “listen” or to cooperate.

Not saying don’t is simple BUT it is hard. “Don’t…” like a reflex, automatically flies  out of the parental mouth. Enlist your spouse’s assistance. If one slips up and speaks the don’t out of shear habit, get the other’s permission to quickly restate the expectation in the do form. This takes some practice and quick thinking but when parents help each other out, the don’t habit can be broken. Then you will have a child that “listens” better!

Let the wise listen and add to their learning. Proverbs 1: 5a