12 Characteristics of Being a Good Follower 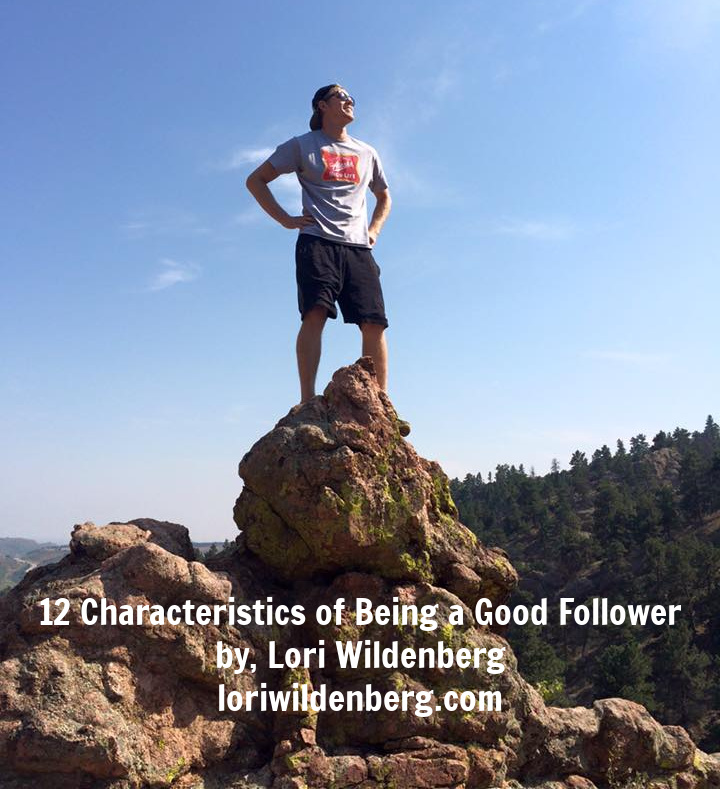 Last week I wrote a blog about 7 Things to Avoid if You Want to Raise a Leader. So what is a key quality to develop in our kids so they can become an effective leader?

We train them to be good followers.

Just like Jesus did. Jesus had his gang of twelve. Eleven of the twelve learned what it meant to be a good follower. Those original eleven were able to go forth and be leaders who trained leaders.

So…what do we learn from Jesus and his followers?

1. They were all in.
So they pulled their boats up on shore, left everything and followed him. Luke 5:11

2. They followed directions.
Simon answered, “Master, we’ve worked hard all night and haven’t caught anything. But because you say so, I will let down the nets.” Luke 5:5

3. They were self-starters and performed their task without being micro-managed.
When Jesus had called the Twelve together, he gave them power and authority to drive out all demons and to cure diseases, and he sent them out to proclaim the kingdom of God and to heal the sick. Luke 9:1-2

4. They had a student’s attitude. They wanted to learn from their teacher.
One day Jesus was praying in a certain place. When he finished, one of his disciples said to him, “Lord, teach us to pray, just as John taught his disciples.”

He said to them, “When you pray, say:
“‘Father, hallowed be your name,
your kingdom come.
Give us each day our daily bread.
Forgive us our sins,
for we also forgive everyone who sins against us.
And lead us not into temptation.” Luke 11:1-4

People were also bringing babies to Jesus for him to place his hands on them. When the disciples saw this, they rebuked them. But Jesus called the children to him and said,
“Let the little children come to me, and do not hinder them, for the kingdom of God belongs to such as these. Truly I tell you, anyone who will not receive the kingdom of God like a little child will never enter it.” Luke 18:15-17

6. They were reliable.
“Go to the village ahead of you, and as you enter it, you will find a colt tied there, which no one has ever ridden. Untie it and bring it here. If anyone asks you,
‘Why are you untying it?’ say, ‘The Lord needs it.’” Those who were sent ahead went and found it just as he had told them. As they were untying the colt, its owners asked them, “Why are you untying the colt?” They replied, “The Lord needs it.” Luke 19:30-34

7. They were willing to ask questions
Peter asked, “Lord, are you telling this parable to us, or to everyone?” Luke 12:41

8. They asked for what they needed.
The apostles said to the Lord, “Increase our faith!” Luke 17:5

9. They accepted criticism, instruction,  and training.
They came to Capernaum. When he was in the house, he asked them, “What were you arguing about on the road?” But they kept quiet because on the way they had argued about who was the greatest. Sitting down, Jesus called the Twelve and said, “Anyone who wants to be first must be the very last, and the servant of all.” Mark 9:33-35

10. They took risks.
Shortly before dawn Jesus went out to them, walking on the lake. When the disciples saw him walking on the lake, they were terrified. “It’s a ghost, ”they said, and cried out in fear. But Jesus immediately said to them: “Take courage! It is I. Don’t be afraid.” “Lord, if it’s you,” Peter replied, “tell me to come to you on the water.” “Come,” he said. Then Peter got down out of the boat, walked on the water and came toward Jesus. But when he saw the wind, he was afraid and, beginning to sink, cried out, “Lord, save me!” Immediately Jesus reached out his hand and caught him. “You of little faith,” he said, “why did you doubt?” And when they climbed into the boat, the wind died down.  Then those who were in the boat worshiped him, saying, “Truly you are the Son of God.” Matthew 14:25-33

11. They learned from their mistakes.
Peter replied, “Man, I don’t know what you’re talking about!” Just as he was speaking, the rooster crowed.  The Lord turned and looked straight at Peter. Then Peter remembered the word the Lord had spoken to him: “Before the rooster crows today, you will disown me three times.” And he went outside and wept bitterly. Luke 22:60-62

12. They mentored others.
Then the eleven disciples went to Galilee, to the mountain where Jesus had told them to go. When they saw him, they worshiped him; but some doubted. Then Jesus came to them and said, “All authority in heaven and on earth has been given to me. Therefore go and make disciples of all nations, baptizing them in the name of the Father and of the Son and of the Holy Spirit,and teaching them to obey everything I have commanded you. And surely I am with you always, to the very end of the age.” Matthew 28:16-20

If you liked this blog you may want to click here and read 7 Things to Avoid if You Want to Raise a Leader.