Friends,
Did you see the movie Taken? A sequel to that movie has just recently been released, Taken 2. It is one of Tom’s favorite movies. Liam Neeson, former Special Ops, rescues his kidnapped daughter from being sold into sexual slavery.
Obviously this isn’t a young family movie but it is one for adults to see. It brings the real issue of human trafficking to light.

This is evil at its worst.

We are going to take a side step from parenting reflections and concerns today and talk about human slavery. This does relate to parenting  in the sense that we must continue to talk to our kids about safety, “Stanger Danger”, and good and bad touches. Just the other day the eight-year-old son of a friend of mine was approached by a stranger. The man was even bold enough to drive into the family driveway, hold out some lollipops, and say, “Come with me. I’m not a bad guy.” Thankfully, the child ran inside and told his mom. The man sped off but the police said he sounded like someone who had approached another boy earlier in the week. Jessica Ridgeway, a ten-year-old from Westminster, Colorado went missing on her way to school. Unfortunately her body was found about a week later. To date, her abductor-killer is still at large.

So sad. So scary.

Today my friend and author, Kathi Macias, is my guest blogger. She is passionate about raising awareness regarding human trafficking. Did you know this even happens in the U.S.? Her realistic, fiction Freedom series deals with this horrible but important topic.
Let My People Go!
By, Kathi Macias 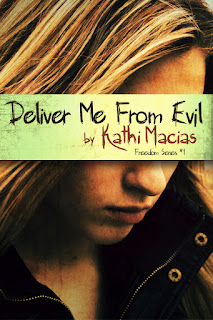 Thus says the LORD God of Israel: ‘Let My people go.’
(Exodus 5:1, NKJV)
The term “human trafficking” or “trafficking in persons” (TIP) often draws raised eyebrows and skeptical expressions—until statistics are laid out to show that approximately 27 million people are enslaved today,whether for the purposes of slave labor, prostitution, or involuntary organ “donations.”
The United Nations describes TIP in this way:

“The recruitment, transportation, transfer, harboring or receipt of persons, by means of the threat or use of force or other forms of coercion, of abduction, of fraud, of deception, of the abuse of power or of a position of vulnerability or of the giving or receiving of payments or benefits to achieve the consent of a person having control over another person, for the purpose of exploitation. Exploitation shall include, at a minimum, the exploitation of the prostitution of others or other forms of sexual exploitation, forced labor or services, slavery or practices similar to slavery, servitude or the removal of organs.”

In a nutshell, human trafficking is modern-day slavery, and it is the fastest growing criminal industry in the world.

Many people naively believe human trafficking happens only in faraway countries—Thailand or Cambodia, but it also takes place right here in the United States, to such an extent that some states are instituting task forces to try and stop it. Another myth about human trafficking is that it only involves adults. Millions of children around the world are crying out in pain and terror over the heartbreaking error of that statement.
Can there be anything that grieves the Father’s heart more than the forced enslaving of people made in His own image—by others bearing that same divine imprint? I believe each time anyone becomes aware of such evil and cries out against it, that cry is spurred by the Father’s own pain. If ever the Church needed to be involved in helping to right a human wrong, it’s now. Human trafficking must stop! And each of us who names the Name of Christ must ask the Father what He wants us to do to help make that happen. 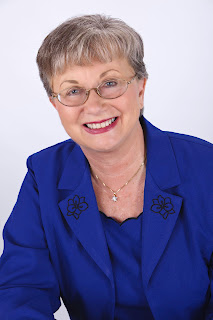 In my case, that includes writing about it—every chance I get, including blogs, letters, articles, and a new fiction-based-on-real-life “Freedom” series: Deliver Me From Evil (Fall 2011); Special Delivery (March 2012); The Deliverer (August 2012). Will you pray for these books to be effective in reaching people and calling them to action? And will you also pray and ask God what you can do to answer His heart cry of “Let My people go”? Millions of enslaved human beings, including precious children like our own, are depending on you to respond.
Kathi Macias (www.kathimacias.com; www.boldfiction.com; www.thetitus2women.com) is the award-winning author of nearly forty books, including the Golden Scrolls 2011 Novel of the Year and Carol Award finalist, Red Ink. She is also a popular speaker at writers’ and women’s conferences and retreats. She lives in Southern California with her husband, Al.